PCRS battle through the elements to finish Wales Rally GB 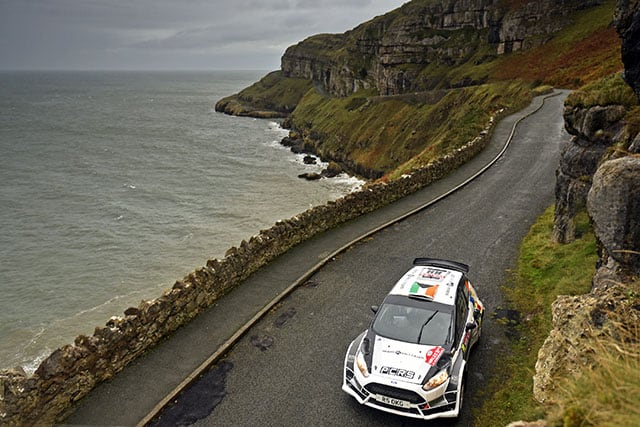 Philip Case Rallysport travelled from Spain to Wales for the final round of the 2015 World Rally Championship. Coming off the back of a strong weekend in Catalunya, the team would field just one car in the notoriously difficult Wales Rally GB with Pauric Duffy and Kevin Glynn taking charge of the P1 Rally Rentals Ford Fiesta R5.

The pair, who have enjoyed another strong season in 2015, stepping up to the new R5 specification Fiesta at the start of the year, were keen to complete one of their highlight events on a high. Initially getting off to a good start, consistently setting times inside the top 30 overall, a trip into the Wales overgrowth put pay to their efforts, and left the PCRS crew with some extensive repair work.

Working late into the night in some severely adverse weather conditions, that even caused organisers to close off public access to the service park for a time, the team successfully repaired the Silverstrand Developments backed Fiesta in time to resume their participation in the event under the Super Rally rules.

Picking up where they left off, Pauric and Kevin quickly put any memories of their excursion out of their mind and returned to setting a string of top 30 stage times, eventually completing the rally in 52nd position. 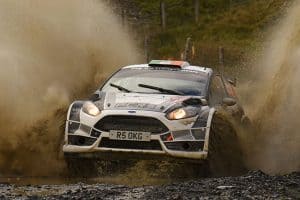 Philip Case – Team Principal, PCRS:
“We were under no illusions that this was going to be a tough event for the lads, as it is for every crew. However Pauric and Kevin put in a great drive, and were unlucky to go off during the event. I want to say a special word of thanks to the team for getting their car repaired over night for the Super Rally. The weather conditions were not good at all to be working in, but they soldiered on and allowed the crew to return to the stages to finish the event.”